The Licoricia of Winchester Appeal is a Charitable Incorporated Organisation (CIO) and was registered with the Charity Commission on 31 August 2017 under charity number 1174453. Its charitable object is:

‘To educate the public about Winchester’s medieval Jewish community, its role in society and its royal connections, and to promote religious tolerance and understanding through: the erection in Jewry Street of a statue of one of Winchester’s most prominent medieval Jews, Licoricia of Winchester, the Jewish mother and businesswoman; and the production of appropriate educational materials together with holding other supporting lectures and events.”

The appeal aims to raise £125,000.  Approximately £78,000 of this is the cost of the statue, and the remainder for plaque and plinth, educational materials for schools, tertiary and adult education, as well as talks.  The sum of £14,000 was raised locally, excluding public fundraising, which provided sufficient to pay for the initial competition and maquette, as well as contribute towards the £125,000.

The statue has important educational purposes and will also promote religious tolerance and the role of women in society.

Simon Sebag Montefiore is the bestselling and prize-winning writer of history and fiction whose books are published in 48 languages.

He is the author of the international bestsellers STALIN: THE COURT OF THE RED TSAR, JERUSALEM: THE BIOGRAPHY, YOUNG STALIN, CATHERINE THE GREAT AND POTEMKIN and THE ROMANOVS, as well as the Moscow Trilogy of novels and THE ROYAL RABBITS OF LONDON for children. He has won prizes for both history and fiction. All of his works are now being developed into films or TV drama series. His latest book WRITTEN IN HISTORY: LETTERS THAT CHANGED THE WORLD is out now.

Previously she was for ten years the BBC’s Director of Radio and of Music. Before that, as Director of Continuous News, she ran all the BBC’s 24 hour news services on TV, Radio and Online. At the BBC she created and launched more new services than any previous BBC executive, including Radio Five Live, BBC News Online and BBC News 24.

She is a Trustee of the Shakespeare Schools Festival and sits on the Board of Birmingham Royal Ballet. Previously she was Chair of Hampstead Theatre, a Governor of the British Film Institute, a trustee of Central School of Ballet and sat on the Economic and Social Research Council. Jenny was awarded a CBE in 2001 and made DBE in 2009. 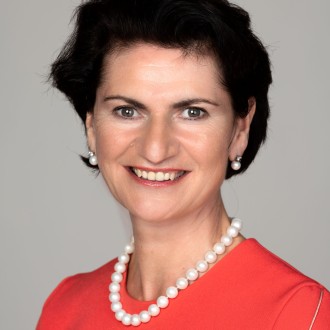 Maggie is an experienced company director, having served on the boards of over 16 public, private and not-for-profit companies including two charities (The Eden Project and SSVC).  Maggie’s career started in banking and strategy and since then has been mainly in the media sector.  She has chaired five boards, including ITN, and the British Board…

END_OF_DOCUMENT_TOKEN_TO_BE_REPLACED

William trained as a chartered accountant and holds and MBA from London Business School.  He has held various positions in finance, banking and strategy, latterly running his own business, Carvercare and Mobility, a retail and online business serving the elderly and disabled.  William is active in interfaith work in Winchester.  Maggie and William work together…

END_OF_DOCUMENT_TOKEN_TO_BE_REPLACED

Born in Winchester, Danny has lived here all his life.  Having obtained a degree in Business Studies from Middlesex University, he joined the family business and ran it for thirty-five years.  Danny is also active in interfaith work.

END_OF_DOCUMENT_TOKEN_TO_BE_REPLACED

Paul Lewthwaite is an experienced Sculptor and Educator. He has exhibited in numerous international galleries and museums, and undertaken many large scale monumental commission projects. He has lectured on the history and theory of art in institutions around the world and is a Fellow of the Royal Society of Sculptors. Paul is the Sculpture specialist…

END_OF_DOCUMENT_TOKEN_TO_BE_REPLACED

Dr Tony Stoller CBE was Chief Executive of the Radio Authority, the regulator for all non-BBC radio, from 1995 to 2003, and helped to set up Ofcom. Before that he was a principal director of the John Lewis Partnership as Managing Director of Tyrrell and Green in Southampton. He had been previously Managing Director of Radio…

END_OF_DOCUMENT_TOKEN_TO_BE_REPLACED

Laurence Wolff taught Art and Art History at Winchester College for 34 years. With the Roche Court Educational Trust, he initiated the ARTiculation Prize, a national public speaking competition for sixth formers. He is now an artist in London.