The JC has published a really good review of Rebecca’s book:

Licoricia of Winchester Book review: A fascinating look at the richest woman in medieval England 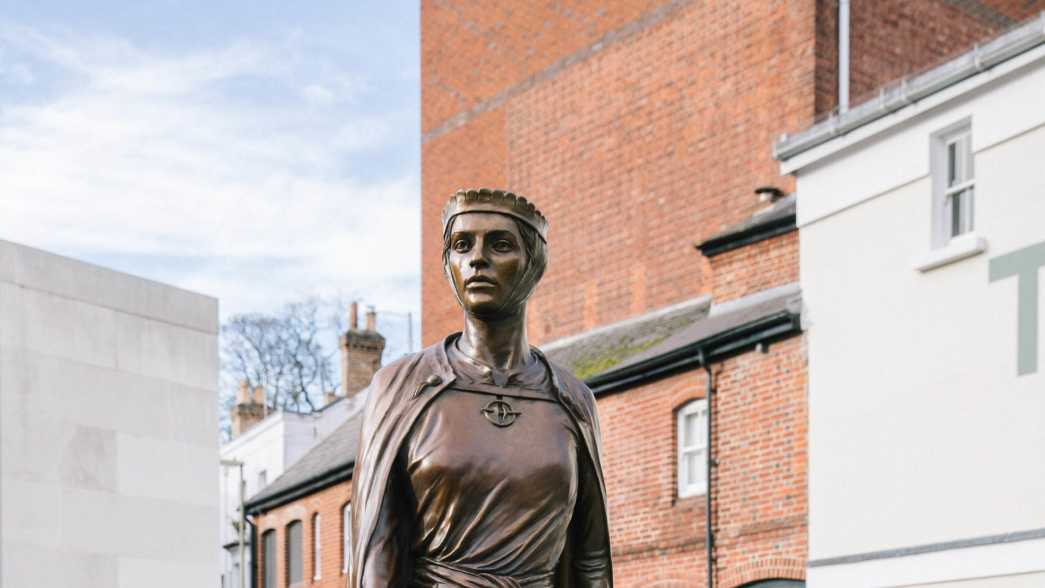 The statue of Licoricia in Winchester


Little is known about Licoricia of Winchester, “the richest woman in Plantagenet England”.

She first appeared in an official court record of 1234, obliged to cancel the 10 per cent interest on a £10 debt. Moneylending for English Jews of that period was the shortest way to wealth, but they were vulnerable to the whims of antisemitic monarchs who tolerated them only for as long as they were useful.

Jewish wealth could be pillaged at will, usually in the form of tallage.

In 1210 King John imposed a £40,000 tallage (£25,000,000) on money lenders, all of whom were Jewish. When money was not forthcoming, property and bonds were seized.
Tallage forced Jews to call in debts from Christian clients at short notice, exacerbating the latter’s pre-existing dislike for these infidel foreigners (Norman Jews came from Rouen).

In Rebecca Abram’s short history, Licoricia and her family emerge as canny, brilliant financiers. Her second marriage, to David of Oxford, took place after Henry III intervened to overrule the decision of the Paris Beth Din to refuse David a divorce from his first wife, Muriel, who had previously petitioned the London Beth Din without success.

David stood to lose his property if he disobeyed Paris’s verdict. Henry needed David’s wealth. It was a mutually beneficial arrangement.

When David died, Licoricia was forced to hand over 5,000 marks (£2,500,000) from his estate. Four thousand of these went to build the shrine of Edward the Confessor, Henry’s patron saint, in Westminster Abbey. Abrams sees an analogy.

“Just as so many great eighteenth and early nineteenth century institutions in England were founded on profits from slavery, so were many of the magnificent English medieval churches and cathedrals built with money extorted from Jews.”

Her book is published in conjunction with the Licoricia of Winchester Appeal that also saw the erection of a statue in Winchester.

Among the appeal’s aims are the promotion of “tolerance and the value of diversity in the community”. It is a praiseworthy endeavour and it is refreshing to see a Jewish figure used in this context.

The final pages of Abrams’s illuminating book address events leading to the expulsion of the Jews in 1290 by Edward I following an extortionate tallage that led to the ruin of the community, rendering it useless.

The story of this remarkable woman reads like a blueprint for many later expulsions and destructions of Jewish communities and, sadly, serves as the strongest riposte to her claim that,

“Remembering and learning from the past is our safeguard against repeating the same or similar mistakes in the present and future.”